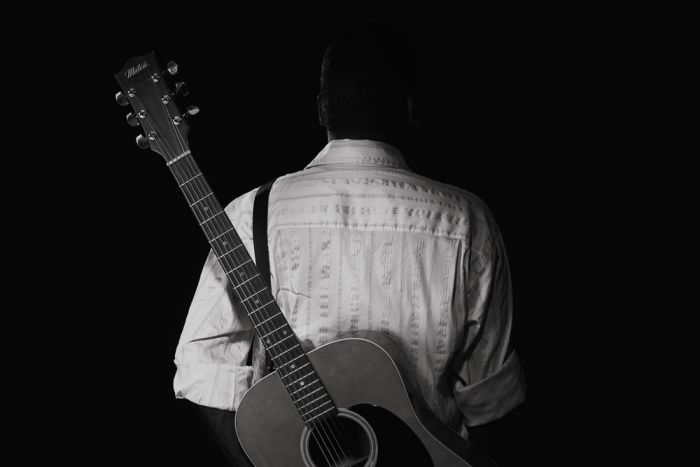 In the vastness of the Northern Territory, it takes an incredible voice to connect the people to an ancient culture and tradition. These voices are so important, not just to Aboriginal people but to anyone who calls themselves Australian. So, we were greatly saddened to hear of the passing of such a voice this week. This music man, who’s name we will not use, passed away from complications relating to an illness he contracted as a child. Born blind in the remote East Arnhem island community of Galiwin’ku in 1971, he had a beautiful tenor and a talent for music across genres. He mastered a variety of instruments in his youth, even learning to play the guitar upside down as he was left-handed. In his family he was influenced by another famed Indigenous musician, his uncle, who was the singer of the acclaimed Yothu Yindi band.

This blind singer first experienced the world of music outside of Galiwin’ku in 1989 when, just a teenager, he became a part of Yothu Yindi as a keyboard player. At the time, we could hardly have anticipated the road his journey would take to him becoming the most significant Indigenous musician of his time. He released a debut self-titled album in 2008, and immediately connected with listeners around Australia, singing in his native language. His first album went on to achieve triple platinum, and this Northern Territory music man became the unforgettable voice of our generation.

Sadly, illnesses the singer had lived with since childhood began to have an impact on his health. He appeared at the National Indigenous Music Awards last year in a wheelchair, and it was confirmed that he was having renal dialysis treatment as a result of hepatitis B. He passed away on Tuesday afternoon in Royal Darwin Hospital, aged just 46.

At a time like this, it’s easy to get caught up in the discussions about Aboriginal life expectancy in Australia, particularly when many remote Aboriginal people consider any year after 50 a blessing. It’s a difficult reality we live in, but today there isn’t anything we can do about that. Instead, we will look over the sea and remember an Elcho Island man with the voice of an angel who brought together people not just in Australia, but around the world, with music that spoke volumes about his life, his people, and his culture.