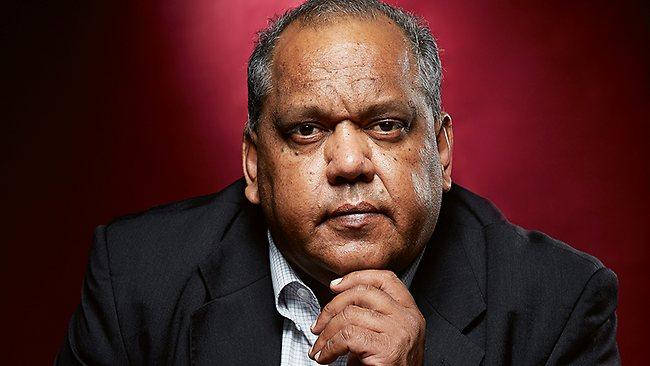 In the matter of the recently reported ‘tirade’ between Noel Pearson and our honourable Prime Minister by the ABC News on Monday, here are a few of our thoughts.

First off, we certainly don’t condone the actions of Noel Pearson. Whether you agree with someone’s view or not, it is important to remain respectful. That said, we are sympathetic to the feelings of an Indigenous man driven to improve the current and future circumstances of his people who comes up against the brick wall of politics. The First Australians have not only been traumatised and driven into the ground by myriad governments and their failed policies, but also shelved and ignored at every possibly opportunity. The actions of governments, past and present, have shown quite clearly how little they care for community-driven action that may yield actual results. Instead our policy-makers trade laws between elections like playing cards and any positive outcomes get lost in the quagmire of administration and opposition.

It’s enough to drive anyone quite mad.

So, we certainly understand what might have driven the, as yet unsubstantiated, claims that Noel Pearson dropped a few choice insults at the PM and some others present. The mission to which Pearson has dedicated himself involves seeking inclusion in the Australian Constitution of an Aboriginal representative body. It is proposed this body will actively scrutinise legislation to ensure its full impact on Aboriginal and Torres Strait Islander people is well considered. As we understand it, the Prime Minister said in few uncertain terms that, while he meant no insult, the pragmatist within suggested that Noel’s model was “highly unlikely to be supported”.

There is obviously a marked divide between what Aboriginal people want to achieve in terms of constitutional recognition, and what the Australian government is willing to give ground over. As it stands, Aboriginal people want more control over their future, and the future of their children, and the Australian government wants to stick with old ideas and white gatekeepers (because god-forbid we let Aboriginal self-determination come into the equation).

Are We Being Distracted?

It is also worth noting that the alleged tirade reported by the ABC on Monday the 5th of June actually took place quite some time earlier. And by some time, we mean late November of last year. In this case we feel there may be something sinister at play in the ABC’s report. Can it really be coincidence that they seek to pull the carpet out from under Noel Pearson’s feet as he, one of the well-recognised faces and public orators of the recently ground-breaking convention in Uluru, speaks for his people? We don’t believe it is, and it’s frustrating that the media seeks to confuse the public, drag down the reputation of Indigenous leaders, particularly with claims that barely stand on their own two feet.

Allow us to explain. For one, the ABC report offers no direct quote from anyone actually present at the meeting to substantiate the claims of Noel Pearson’s tirade. Instead they print a few groundless statements from Liberal MP, and known Pearson critic, Warren Entsch who claims to have heard what happened from “witnesses who were there”. Labor MP Linda Burney, herself a well-respected Aboriginal leader, admits two men present told her that an exchange of words took place. She herself wasn’t present”. This game of whispers is underhanded, and frankly quite disturbing.

At the end of the day, we can’t say for sure what happened in a private meeting between the PM, Noel Pearson, and other Indigenous leaders. Perhaps a tirade really did take place all the way back in November, but there’s no saying now what is truth and what is a media beat-up. With dignity, and perhaps understanding, the other participants have chosen to act honourably.

What’s important to us, and to all the people in our communities near and far, is that the ultimate message and mission of Noel Pearson and other Aboriginal leaders doesn’t get lost in the media distraction. Tirade aside, this is an exciting time for Aboriginal people, and for Aboriginal leadership. There is a thought revolution happening all across Australia, and we welcome it. Now is the time to stand together in realising that the only way for Aboriginal people to move forward is with strong self-determination and governance, not junk policy and overarching control. Instead of choosing to tear down a great Australian, with a true passion for his First Australian heritage, let us practice some forgiveness and honour also.